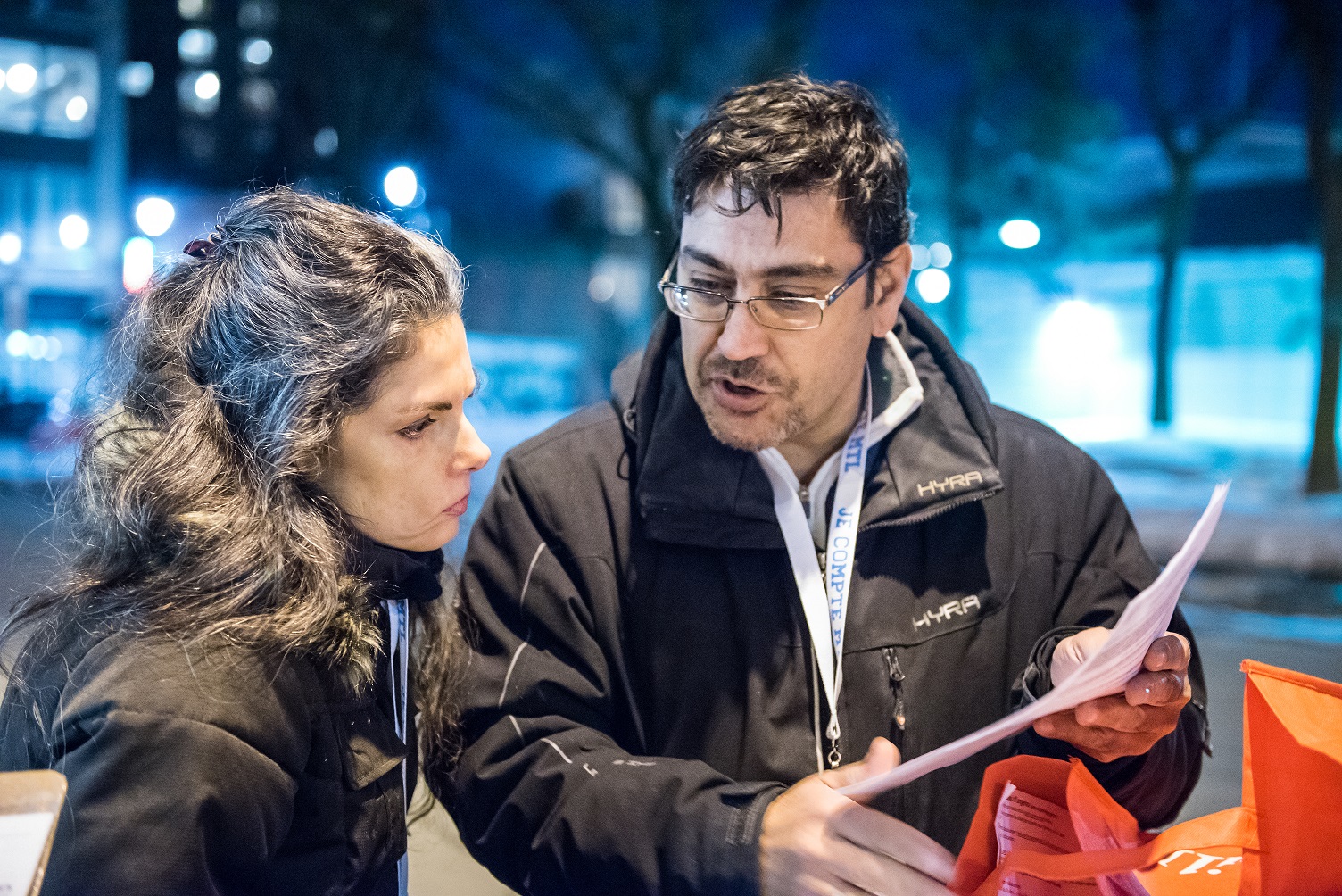 The city of Montréal has just released the results of its first ever point in time count of the homeless population. The overall number of 3016 is important for policy makers, service providers, and researchers, as it will allow for a better understanding of homelessness in Montréal. The final result is in itself important, as it will allow for comparisons with other cities and for policy makers and advocates to monitor trends, but there are also elements of the final result that merit close attention.

The Montréal report is particularly useful in that it divides the overall result into different categories of homelessness.

Women are often considered to be a minority of the overall homeless population.

Indeed, for some types of homelessness in Montréal, notably on the streets and in emergency shelters, women make up a minority of the overall population – around 20-25%. This is consistent with results from homeless counts in other cities in Canada and around the world, such as Vancouver, the 7 major cities in Alberta, and Toronto.

The method and definition used in Montréal allow us to take this analysis further by looking at different types of homelessness. Among homeless people who were sleeping rough on the night of March 24 (meaning people who were sleeping in streets or other areas not meant for human habitation) only approximately 7% were women. A similarly small number of women was found in emergency shelters; of this population, only 13% were women.

In transitional housing, however, women make up 54% of the overall population in Montréal. This is important to know, and now we need to know why this is. Is it because women enter transitional housing from more “hidden” types of homelessness, such as couch surfing? Indeed, service providers and people with lived experience insist that women experience homelessness differently than men; fear of physical and sexual violence often lead women to avoid streets and shelters as much as possible. As a result, women who are experiencing homelessness tend to be hidden.

Alternatively, this finding could reflect a need for more transitional housing. In other words, if the amount of transitional housing in Montréal was doubled, would there still be 50% women? Some might say no. We do not have enough information, based on the results of the homeless count, to answer this question, but service providers and the people using these types of services can certainly shed light on this important question.

This is a truly important finding, and it is important to note that other cities, such as Toronto, New York and Vancouver, do not offer comparable statistics. Vancouver’s count, for example, does not include people living in transitional housing. Toronto does count people in transitional housing, but does not distinguish between emergency and transitional shelters in its count. As a result, women appear to be a small minority of the overall homeless population in Toronto, whereas a more detailed breakdown of the results would bring an important nuance to this question.

Given their small makeup of the overall population, however, it should be of grave concern to policy makers to see such an over-representation of aboriginal people on the streets of Montréal. Service providers worry that this situation will worsen, and policy makers must involve aboriginal and Inuit populations in any attempt to reduce or eliminate homelessness.

This first homeless count in Montréal is an important step towards better understanding homelessness in Montréal, in Québec, and in Canada.

Future counts will provide insights into how homelessness is changing. As Alain Noël, former president of the Centre d’étude sur la pauvreté et l’exclusion, wrote in a recent report, measuring poverty and inequality in Québec is complicated, fascinating, and never completely finished. The same can be said of homelessness; this first count is an important contribution to the broader effort to understand homelessness.